Mary Flanagan, the Sherman Fairchild Distinguished Professor in Digital Humanities at Dartmouth College, is a leading innovator, artist, educator and designer, whose works have included everything from game-inspired art, to commercial games that shift people’s thinking about biases and stereotypes.

Her interest in play and culture led to her acclaimed book, Critical Play, with MIT Press (2009). Her fifth academic book, Values at Play in Digital Games (with philosopher Helen Nissenbaum, MIT 2014), demonstrates that thinking about values is a key to innovation. Flanagan established the internationally recognized game research laboratory Tiltfactor (http://www.tiltfactor.org) in 2003 to invent "humanist" games and take on social through games. At Tiltfactor, designers create and research catchy games that teach or transform “under the radar” using psychological principles. Flanagan's digitally driven artworks and installations have been shown internationally at venues including the Hyundai Motor Studios in Beijing, Ars Electronica in Linz, Laboral Art Center, the Whitney Museum of American Art, SIGGRAPH, Beall Center, Steirischer Herbst, The Guggenheim New York, Gigantic Art Space, and others. Her many essays and articles on digital culture have appeared in periodicals and books ranging in fields from game studies to cultural studies to computer science. In 2016 Flanagan was awarded the Vanguard award from Games for Change. Flanagan holds an honorary doctorate in design from the Illinois Institute of Technology. In 2015 Flanagan was awarded the Higher Education Video Games Alliance award for "advancing theory & research" in the field of game studies.

Flanagan’s awards and accolades reflect her interdisciplinary impact. She was awarded the 2018 Award of Distinction at Prix Ars Electronica in the category of Interactive art+. She was also a 2018 Cultural Leader at the World Economic Forum and an invited participant to the World Government Summit. Flanagan also was awarded a Thoma Foundation 2018 Arts Writing Award in Digital Art and, at Dartmouth, she was given the Class of 1964 Outstanding Leadership Award. In 2017 Flanagan was a John Paul Getty Museum Scholar, and has been an American Council of Learned Societies fellow, a Brown Foundation Fellow, and a MacDowell Colony Fellow.

Flanagan holds a PhD from Central St Martins, University of the Arts in London and in 2016 was awarded an honorary doctorate in design from The Illinois Institute of Technology.  She has served on the White House Office of Science and Technology Policy (OSTP) Academic Consortium on Games for Impact, and her work has been supported by commissions and grants including The British Arts Council, the National Science Foundation, the National Institute of Justice, the National Endowment for the Humanities, Robert Wood Johnson Foundation (with Digital Mill), and the Institute of Museum and Library Services, and more. 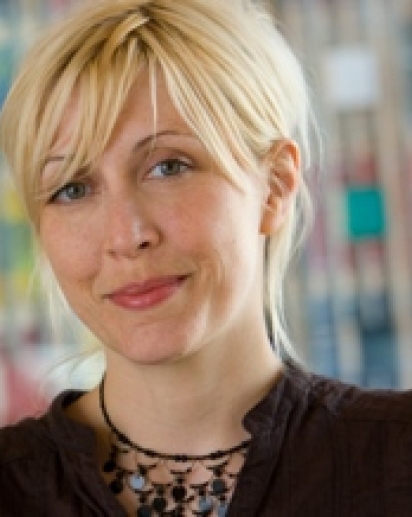 “Identity in Gaming,” Teacher’s College at Columbia University, Sexuality Women and Gender project and the Office of Diversity Affairs at Teachers College February

“Embedded Design for Social Innovation,” Segal Design Institute on December 2nd to give a talk in the Segal Seminar Series, December

“Creating a #CrowdCON,” Engaging the Public: Best Practices for Crowdsourcing Across the Disciplines. University of Maryland 6-8 May

“The Psychology of Interventionist Design,” School of Visual Arts, March

2014
"Values at Play in Smart Technologies,” University of Toronto September

“Freedom at Play in Digital Games,” Keynote Talk at the Philosophy of Computer Games 2014 Istanbul 13-15 November

“The Psychology of Games For Change,” Association of Professional Futurists Orlando