Brad Samuels, SITU Founding Partner and Director of Research will be presenting "Mind the Gap: Practice at the Intersection of Design, Technology, and Human Rights". 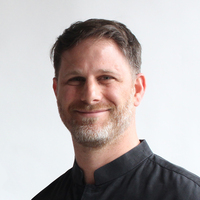 In the past 10 years, advances in computational and digital technologies have contributed to the blurring of boundaries between formerly discrete disciplines. This talk will examine new modes of practice at one such nexus - the intersection of design, technology and human rights. Highlighting a range of recent projects in Ukraine, Mali, Nicaragua, the U.S. and elsewhere, examples of applied casework will present emerging applications of digital technologies to fact-finding and reporting of human rights abuses.  From the proliferation of citizen generated media to the documentation of moments of civil unrest to the 3-dimensional reconstruction of complex urban environments during protests, this work will be contextualized in relation to the seismic shifts we are experiencing in the forums of law, media and advocacy where it is increasingly being used. This material will also provide a launching point for a reflection on the spatial and societal implications that emerging technologies are having on how we think about civil society and human rights more broadly.

Brad Samuels is Founding Partner at SITU. Trained as an architect, he leads a team of designers, computer scientists, researchers and planners to develop new tools and methods for human rights fact finding and reporting. Recent work includes an immersive 3D evidentiary platform for the International Criminal Court; an event reconstruction commissioned by the Organization of American States (OAS) that examines police violence against protesters in Nicaragua; and an interactive report for the Ukrainian National Court that analyzes civilian fatalities during the Euromaidan protests. Current work includes projects on visualizing climate data for litigation in the United States as well as mapping and analyzing of the effects of natural resource extraction on local populations in Peru.

Beyond his work at SITU, Brad sits on the Technology Advisory Board of the International Criminal Court, the Board of The Architectural League of New York and is a Fellow with the Urban Design Forum. He also teaches in the Barnard+Columbia undergraduate architecture program. Brad holds a Bachelor of Arts from Vassar College and a Bachelor of Architecture from The Cooper Union.

Events are free and open to the public unless otherwise noted.