Russ Castronovo, Tom Paine Professor of English, Director of the Center for the Humanities at UW-Madison and Author

Live Streamed on the Dartmouth Youtube page, link will be provided closer to the event date.

"Not Enough But Too Much:  The Terror of Information"

The more information, the better: computer algorithms, sophisticated probabilistic analysis, and the exponential increase in global information storage capacity in the digital age have stretched this pursuit to an unimaginable extent. The volume of information places an infinite amount of data within reach of our keyboards, but the superabundance of information also stokes affective unease.   That unease suggests that security is not just a policy issue:  security is fundamentally an aesthetic matter that spurs feelings of vulnerability and, above all, insecurity.  The unstoppable flood of information takes on sublime dimensions, dwarfing citizens' capabilities.  While this scenario is especially suited to our contemporary moment, it's also one that has precedents in the American gothic novel of the eighteenth century.  By setting up a conversation between our current predicament and earlier histories, this talk explores routes for scaling (and hopefully understanding) this seemingly insurmountable problem.

Russ Castronovo is Tom Paine Professor of English and Director of the Center for the Humanities at UW-Madison where he teaches courses on American literature, political theory, and popular culture.  His most recent book, American Insecurity and the Origins of Vulnerability is forthcoming later this year from Princeton University Press.  He is also the author and editor of 9 other books, including Propaganda 1776:  Secrets, Leaks, and Revolutionary Communications in Early America (2014); Beautiful Democracy:  Aesthetics and the Anarchy of Global Culture (2007); Necro Citizenship:  Death, Eroticism, and the Public Sphere in the Nineteenth-Century-United States (2001); Fathering the Nation:  American Genealogies of Slavery and Freedom (1995).  His articles have appeared in such journals as Critical Inquiry, boundary 2, American Literature, PMLA, New Literary History, and American Literary History.  He also writes for public audiences more broadly, most recently for Public Books with an essay on "Homeland Security Theater."  He is the recipient of the Chancellor's Distinguished Teaching Award and the University of Wisconsin system-wide teaching award.

Elizabeth Losh, Director of the Equality Lab & Professor of English and American Studies at William and Mary 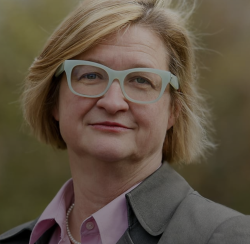 A More Perfect User: White House Rhetoric about Technology and Anxieties about Race, Gender, and Class

Based on interviews with White House insiders, archival research, and a trove of digital data, Elizabeth Losh's new book Selfie Democracy examines tech policy, digital literacy and attitudes about data and democracy. In addition to revealing important insights about the social media and smart phone practices of the most significant actors in recent American politics—Barack Obama and Donald Trump as presidents and Hillary Clinton and Joe Biden as presidential candidates—. Such powerful political leaders often reinforce certain cultural assumptions about the power of the smartphone that perpetuate myths about connection, transparency, participation, and access. These myths are further amplified in rhetoric borrowed from Silicon Valley about how these technologies supposedly strengthen social bonds, enable exploration, encourage engagement, and overcome barriers. Obama might have been the anti-Trump and Trump the anti-Obama, but they both used mobile computing in ways that redefined the office of president. This talk exposes the unintended consequences of wireless technologies on political leadership and shows how seemingly benign mobile devices that hold out the promise of direct democracy can ultimately undermine representative forms of government, as the January 6th, 2021 storming of the US Capital by a selfie-taking mob livestreaming the insurrection demonstrates.

She is the is the author of Virtualpolitik: An Electronic History of Government Media-Making in a Time of War, Scandal, Disaster, Miscommunication, and Mistake (MIT Press, 2009), The War on Learning: Gaining Ground in the Digital University (MIT Press, 2014), Hashtag (Bloomsbury, 2009), and Selfie Democracy: The New Digital Politics of Disruption and Insurrection. She is the co-author of the comic book textbook Understanding Rhetoric: A Graphic Guide to Writing (Bedford/St. Martin's, 2013; second edition, 2017) with Jonathan Alexander, editor of the collection MOOCs and Their Afterlives: Experiments in Scale and Access in Higher Education (University of Chicago, 2017), and co-editor of Bodies of Information: Intersectional Feminism and Digital Humanities (University of Minnesota, 2018) 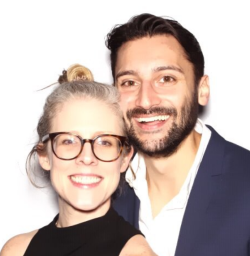 She launched her career in journalism in 2013 by working at The Daily Beast. Since 2018, Brandy has been working as a journalist for NBC News.

At NBC News, she has written on the "depressing" aspects of the Internet. Her reportings mostly focus on political extremism and conspiracy theories such as QAnon and the Stop the Steal movement. Also, Brandy covers stories concerning disinformation on social media and particularly as it pertains to the COVID-19 pandemic as well as anti-vaccination activism. NBC News said Brandy is "relentlessly well-researched as well as sophisticated in her understanding of disinformation and conspiracy theories on the Internet..they couldn't be prouder of Brandy and that they will continue to vigorously support her work."

Brandy Zadrozny and Ben Collins will be discussing disinformation and conspiracy theories that have spread and divided Americans. Collins and Zadrozny have extensively covered dis- and misinformation, extremism, and the internet. Their recent stories have included social media's response to Russian disinformation, the antivaccine movements' windfall during the pandemic, and the role of the QAnon movement in our national life.

Which Lives Matter in the News: A Call for a Truer Mirror 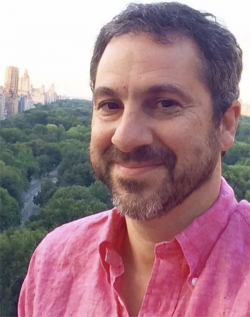 Mindich is  the chair of the journalism department at the Klein College of Media and Communication at Temple University; before that, he was a journalism professor at Saint Michael's College in Vermont, where he served nearly a decade as chair.  The author of two books and numerous articles, Mindich was named Vermont Professor of the Year in 2006. For the 2015-2016 academic year, he was on sabbatical, living in New York City and working as a visiting scholar at New York University.

Before becoming a professor, Mindich worked as an assignment editor for CNN and earned a doctorate in American Studies from New York University. He has written articles for the New York Times, Wall Street Journal, Los Angeles Times, New York Magazine, The Chronicle of Higher Education, Wilson Quarterly, Columbia Journalism Review and other publications. He is the author of Just the Facts: How "Objectivity" Came to Define American Journalism and Tuned Out: Why Americans Under 40 Don't Follow the News (Oxford University Press, 2005), a book Walter Cronkite called "very important....a handbook for the desperately needed attempt to inspire in the young generation a curiosity that generates the news habit."

Since the publication of Tuned Out, Mindich has given talks about young people and news to media groups (including the New York Times and USA Today) and at schools around the country.

Mindich founded Jhistory, an Internet group for journalism historians, in 1994. In 1998-1999, he was head of the History Division of the AEJMC. In 2002, the AEJMC awarded Mindich the Krieghbaum Under-40 Award for Outstanding Achievement in Research, Teaching and Public Service.  In 2006, CASE and the Carnegie Foundation named Mindich the Vermont Professor of the Year. In 2011, he was named New England Journalism Educator of the Year by the New England Newspaper & Press Association.

Mindich had a recent radio appearance: Behind the Bylines: Advocacy Journalism in America.

On his first day as an assignment editor for CNN, David T. Z. Mindich was told that a fire in a welfare hotel does not have the same news value as a fire in the Waldorf Hotel.  This provoked a decades-long investigation of news values, including how journalism is impacted by national identity, bigotry, and what Mindich calls "cultural proximity."  The author of a book on journalistic objectivity, Mindich will outline how battles between "fake news" and truth played out in the coverage of lynching in the 1890s, pitting mainstream journalists against the crusading reporter Ida B. Wells.  These issues are still current today, in the era of BLM, George Floyd, and the calls to tell more inclusive and truthful stories. 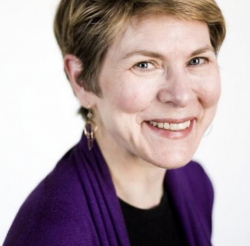